Whispers in my Ear

Tonight we came home from a fun night out with friends and as I was picking the kitchen up, Etienne came out naked, saying, "ready for bathtime, Mama." I didn't think a lot of it but told him to please get dressed, it wasn't time yet. A few minutes later, I noticed a very large, wet stain on my red couch. I asked the crew, including my fab husband, if something spilled. E said, "Maybe from when we went swimming?" I still didn't think much of it. Long story short, Etienne peed his pants and than deliberately lied about it to Ryan and I. At length. You can guess that this was followed by a lot of discipline and tears.
I was really angry. The same old lies. Peeing his pants. Ugh. But I knew the RAD response to this was exactly what I didn't feel like doing. So I began to pray with E and than rock him (grudgingly). Then, without prompting, Etienne apologized for lying. We rocked and I sang to him and told him I forgave him. E than asked, "Sing me that song that Jesus sings." I really wasn't sure and asked him what he was talking about. He said (word for word) "When I was in that orphanage, Jesus whispered in my ear at night. He said 'I will take care of you.'" Those who know Etienne know that he is loud, funny, and loud again. He isn't much for make believe or story telling. I soaked in what he said as we rocked and rocked and cried and cried some more together. Again, Etienne told me how Jesus whispered and sometimes he sang about taking care of him. He said he didn't see Jesus that much, but he could feel and hear him. "It was dark at night, Mama."
FYI for skeptics. Everyone in the Home of Hope wore a habit. And they were women.
Posted by Room4More at 10:04 PM 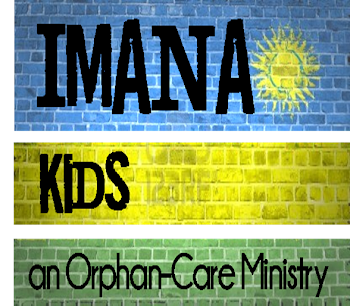 Our Story (so far)

Room4More
We've created this to share the miracle that unfolded with our adoption of our 2 little Rwandans. Now that we've survived the "paper trail," waiting, and traveling, I feel committed to continue blogging our journey about what life is really like after the ink dries... I heart Jesus. I am mama to Molly (8), Blake (5), Etienne (4) and Ezekiel(3). In between mothering, I catch a few babies, love my amazing husband, cry with my girlfriends and totally recognize that my life is much more hilarious than reality tv.